The Difference Between Hybrid And Non-Hybrid Automobiles 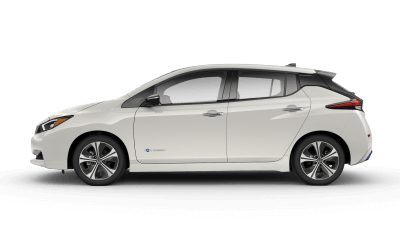 There are several differences between hybrid cars and traditional gas powered automobiles. The way the engine of hybrid vehicles function, the complexity of the vehicle, increased fuel efficiency, a reduction in the amount of dangerous emissions and a higher purchase price are just a few of them. And as the public begins to clamor for environmentally friendly automobiles with the power and versatility of gasoline powered vehicles, automakers have begun to create a wide range of increasingly powerful hybrid automobiles that a growing number of buyers are passionate about.

While hybrid cars look much like traditional gasoline powered vehicles, under the hood things are dramatically different. Hybrid vehicles are propelled by a combination of a gasoline-powered engine working in tandem with an electric motor. They employ a complex system that uses both electronic and mechanical controls to manage and seamlessly marry the gasoline engine with the electric motor to deliver the most efficient performance in a wide array of different driving conditions. Traditional gasoline-powered vehicles are powered only by an internal combustion engine.

Hybrid cars have more complex systems than standard gasoline powered automobiles. It takes technologically advanced computerized controls to enable hybrid vehicles to continually switch from the gasoline engine to the electric motor and back again, while maintaining battery charge, along with performing a host of other complex tasks. That includes the system that's called regenerative braking which utilizes the motion of the vehicle to generate the electricity needed to recharge the battery. Every time a hybrid vehicle is stopped at a traffic light, the engine temporarily turns off to save fuel. While modern gas powered vehicles also use sophisticated electronic control systems, they are not as complex as those on the hybrids.

One way hybrid vehicles top gasoline powered automobiles is when it comes to fuel efficiency. The combination of a gasoline engine and an electric motor enables hybrid automobile to offer much better fuel efficiency than traditional automobiles. Even though being powered by the combination of gasoline and electricity can lead to excellent performance, most hybrid vehicles are marketed to capitalize on their fuel efficiency. The hybrids with their energy efficient electric motors get more mileage because at times the vehicle runs strictly on electricity and consumes no fuel. This enables some hybrids to get as much as 40 miles per gallon.

Another common reason people choose hybrid vehicles is because they release less dangerous greenhouse gasses into the atmosphere. Research has shown that hybrid automobiles typically produce 90% fewer harmful emissions than traditional gasoline powered vehicles. When hybrid vehicles are being powered by their electric motor, they do not release any emissions at all. When they are being driven in slow traffic, most hybrids tend to run on their electric motor alone. That means in highly-congested, stop and go, city driving conditions, hybrids can help to keep the air cleaner.

In an effort to protect the environment and improve public health, the government was offering federal tax credits of as much as $3,400 to people who purchased hybrid automobile. The tax credit program covered people who bought hybrid vehicles between December 2005 and March 2010. The size of the rebate for which consumers were eligible depended on the number of hybrid vehicles the automaker sold. Once an automobile manufacturer sold in excess of 60,000 hybrid vehicles, the tax credit available to consumers was reduced by 50%. It was then reduced by another 25% as sales continue to rise until the incentives were no longer offered.

One area in which traditional gasoline engine automobiles have an advantage over hybrid automobiles is when it comes to finding places to refuel. While there are countless gasoline stations where traditional automobiles can refuel, the network of charging stations hybrid vehicles can use to recharge their batteries number only in the thousands. The thing that works in the favor of the hybrids, is that many of the newer models can be charged up by plugging into the electrical systems of most homes. Plus, improved battery technology now enables hybrid automobiles to go a much longer distance before needed to be recharged. This makes hybrids more attractive to some consumers.

The greater complexity and newness of hybrid technology makes hybrid automobiles more expensive than vehicle powered by gasoline engines alone. Often the difference in price can be four or five thousand dollars. On the other hand, the operating cost for a hybrid automobile can be a lot less than that of a gas powered car. Many owners of hybrid automobiles are able to recoup the difference in the price they paid for their vehicles in about a year with the money they save because their vehicle is more fuel efficient.