What are the Best Preowned Nissans to Buy 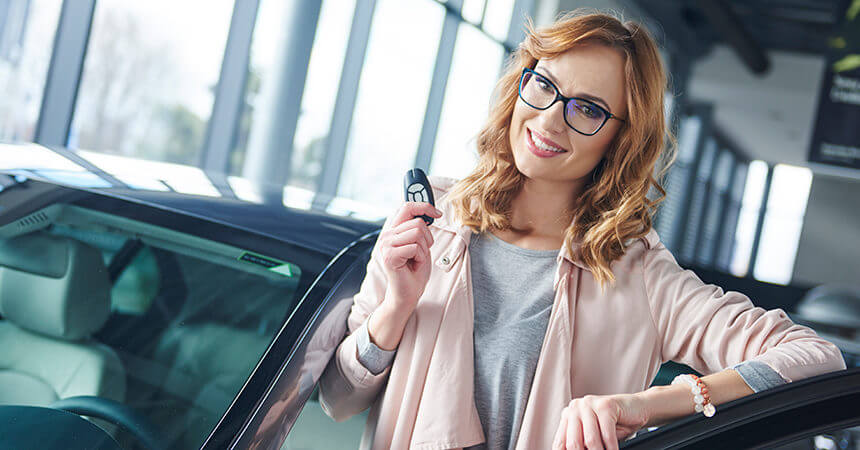 For drivers who rely on preowned cars to replace their older, worn-out current models, Japanese automaker Nissan offers a wide variety of dependable and stylish models that make ideal, reliable preowned cars for drivers on a budget. Since Nissan cars gained popularity in the United States more than fifty years ago, they have become renowned in the U.S. for their fuel efficiency, modern amenities, reliability, affordability, and sporty interior and exterior.

If you’re in the market for a used car, Nissan gives you plenty of options. Nissan’s lineup of car models is extensive—it includes sedans, SUVs, minivans, full-size trucks, etc.— and the majority of these models are available preowned. This range of options can get overwhelming for many drivers who aren’t quite sure what they’re looking for in a used vehicle. If you’re in the market for a comfortable, stylish, practical preowned car, here are five of the best Nissan models to consider.

The 2014 Nissan LEAF is a top-rated compact car that is all-electric and offers a comfortable, quiet ride. It is impressively advanced for a 2014 EV—it can drive more than 80 miles on a single charge. The 2014 LEAF is also very affordable, with an average price range of $9,000 to $11,000 for preowned models.
Notable advancements that are new in the 2014 Nissan LEAF include a greatly reduced charging time, a rearview camera as a standard feature, and a better climate control system. The 2014 model’s reduced charging time is especially significant, as it cuts battery charging time almost in half and allows the 2014 LEAF to reach a full charge in less than four hours.

The 2015 Nissan Versa is a classic subcompact car model. It is fuel-efficient and has a roomy interior that seats five people at a time. It gets about 30 MPG in the city and 40 MPG on the highway. The best part about the 2015 Versa that sets it apart from other preowned subcompact car models is its affordability. A top-quality pre-owned 2015 Versa has an average price range of just $7,000 to $10,500.
Bluetooth connectivity comes as a standard feature in the 2015 Nissan Versa. In models from previous years, Bluetooth is not available as a built-in standard feature for the base trim level of the Versa. The 2015 Versa also features notable style updates for both its interior and exterior.

If you’re in the market for a larger car rather than a classic sedan, the 2014 Nissan Juke ranks very highly among affordable subcompact SUVs. It is renowned for its safety as well as the high performance of its powerful four-cylinder engine and continuously variable automatic transmission that allows for fast and responsive acceleration. Plus, the 2014 Juke offers very impressive fuel efficiency—especially among other SUV models that are five years old or older. It gets about 27 MPG in the city and 32 MPG on the highway.
Preowned models of the 2014 Nissan Juke are very affordable, with an average price range of $10,500 and $15,000. The 2014 Juke model does not come with many notable upgrades, so a 2012 or 2013 preowned Juke is another cost-efficient option if you can’t find a used 2014 Juke with a price tag that fits into your budget.

The 2015 Sentra is a popular preowned Nissan model. This top-rated compact car is an ideal family car with a comfortable interior and plenty of room in the backseat and trunk. It seats five people and is also an excellent commuter car—it offers an impressive gas mileage of 30 MPG on city streets and 40 MPG on the highway.
If you’re deciding between a preowned 2015 Sentra and an earlier Sentra model, it’s important to note that the most significant upgrades in the 2015 model are new and improved high-tech features including Bluetooth connectivity and a USB port for charging your mobile devices on the go. The 2015 Sentra is also the first Sentra model to feature built-in cruise control. The average price range for a preowned 2015 Nissan Sentra is between $11,500 and $14,500.

The Altima is a very popular Nissan model; the 2015 Altima is renowned as an affordable midsize sedan that is high-performing, safe and reliable. Its interior seats five people and is stylish and comfortable with a luxurious look and feel. It has a strong V6 engine but still offers an impressive gas mileage of about 25 MPG on city streets and 35 MPG on the highway.
Preowned models of the 2015 Nissan Altima usually cost between $14,000 and $18,500. There are few notable upgrades between the 2013, 2014, and 2015 Nissan Altima beyond basic annual updates. If you find a more affordable preowned Altima model from the past couples of years before 2015, you’ll still get to enjoy the majority of the features that define the 2015 Altima.