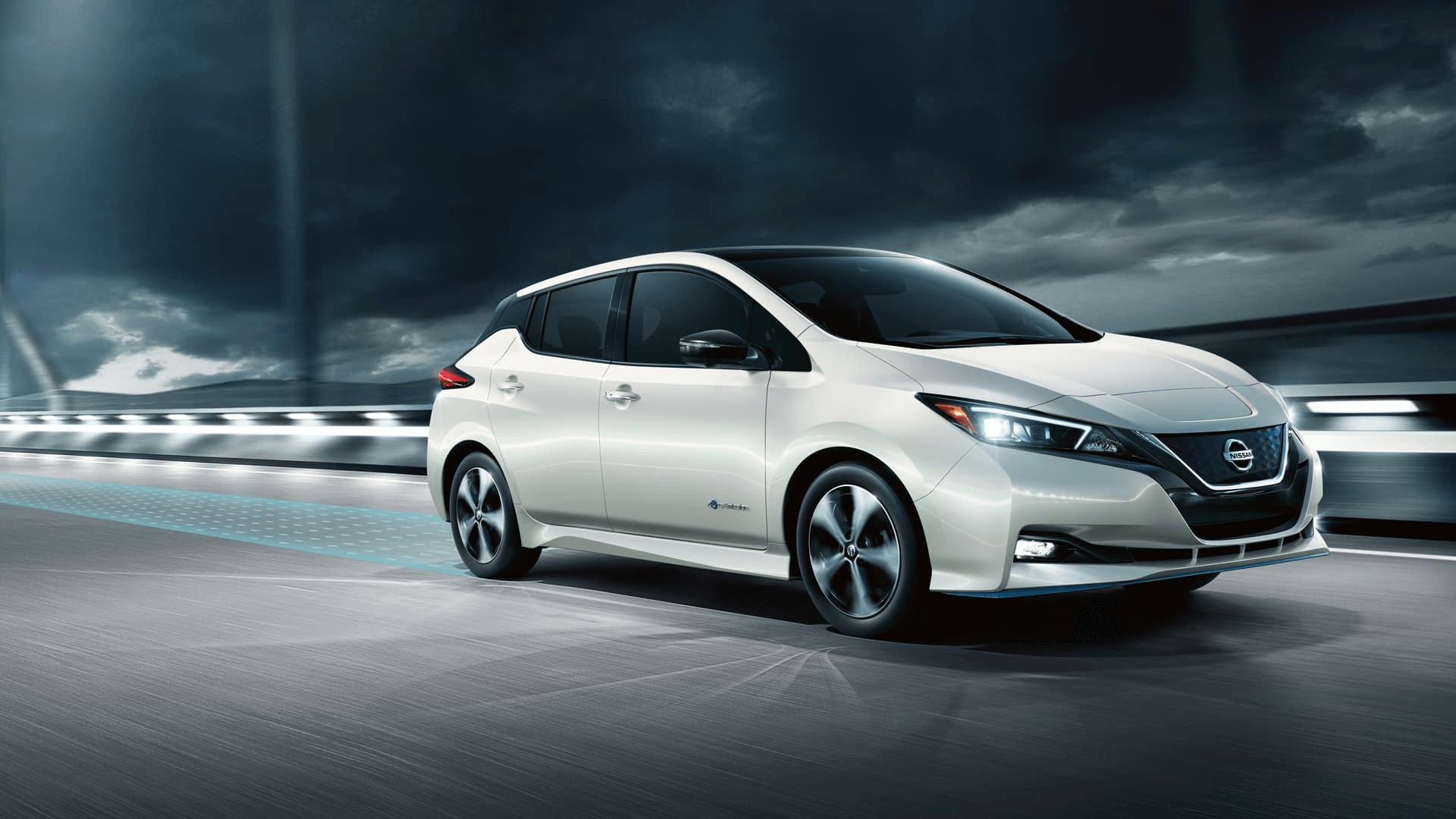 Should I Be Looking at Nissan Hybrid Cars?

Hybrid cars—cars that use both electric motors and gasoline engines to run and save energy via regenerative braking systems—have become very popular options on the mainstream automobile market.

Equipped with two sources of power that allow these cars to use very little gas on the road, Nissan hybrid cars are very eco-friendly—which is by far their biggest selling point. The eco-friendly nature of hybrid cars not only helps you significantly reduce your carbon footprint, it also saves you a ton of money on fuel costs over time.

Although hybrid cars were introduced to the mainstream automobile market fairly recently—with the first hybrid vehicle prototypes appearing in showrooms in the late 1990s—they have already had a pervasive influence on the automobile industry as a whole. Their technology has advanced in leaps and bounds throughout the past two decades and only continues to advance, with new upgraded hybrid models being released with each passing model year. 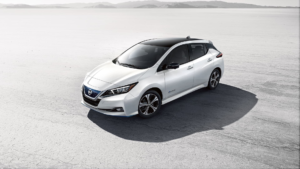 Many major multinational auto manufacturers have capitalized on the exponential growth of hybrid cars’ popularity by releasing their own hybrid lineups, which has significantly expanded the options consumers have when it comes to choosing a hybrid vehicle.

Japanese multinational automobile manufacturer giant Nissan Motor, Co. is one of the major mainstream automakers that has taken full advantage of the hybrid car craze with the expansive lineup of exclusive hybrid vehicles that they have developed over the years. If you’re in the market for a new car and are interested in a hybrid vehicle, keep reading to learn more about the 3 reasons why you should buy a Nissan hybrid car.

1. Keep Your Peace of Mind

Nissan cars are known to be safe, dependable, reliable, and high-performing. Fortunately for anyone in the market for a hybrid vehicle, Nissan hybrid cars are no exception to these standards.

When you buy a Nissan hybrid car, you know you’re getting the best of the best in terms of quality, reliability, safety, and performance. Nissan hybrid cars are fun and smooth to drive, offer competitive gas mileage even among other modern hybrids, and run reliably and safely.

2. Get the Best of Both Worlds

If you want to reduce your personal carbon footprint and save money on gas but aren’t quite ready to make the full switch to an all-electric vehicle, a hybrid car presents the ideal compromise for you.

Hybrid cars allow you to get the best of both worlds. You get to keep the convenience of being able to fill your car up at the gas station whenever you want without stressing out about finding a plug-in station. On the other hand, you also get to feel confident that you’re doing your part to reduce carbon emissions. Plus, you get to bid farewell to empty your wallet at the gas station every week. As all-electric vehicles become more popular, hybrid cars offer a convenient “in-between” option for drivers who want to take advantage of the benefits of driving an electric vehicle without completely giving up the convenience of driving a car with a gas engine.

When hybrid cars first entered the mainstream auto market at the cusp of the 21st century, drivers who were interested in going hybrid at that time had very few options to choose from in terms of both make and model. As the demand for hybrid vehicles has increased, however, so has the number of hybrid vehicle options that are widely available to consumers on the mainstream market.

Nissan has included a variety of hybrid cars in its vehicle lineup for more than a decade, which means you’ve got plenty of options if you’re in the market for either a new or pre-owned Nissan hybrid car. Many of Nissan’s most popular passenger sedans and SUVs alike are available in both hybrid and non-hybrid options to offer drivers even more choices. 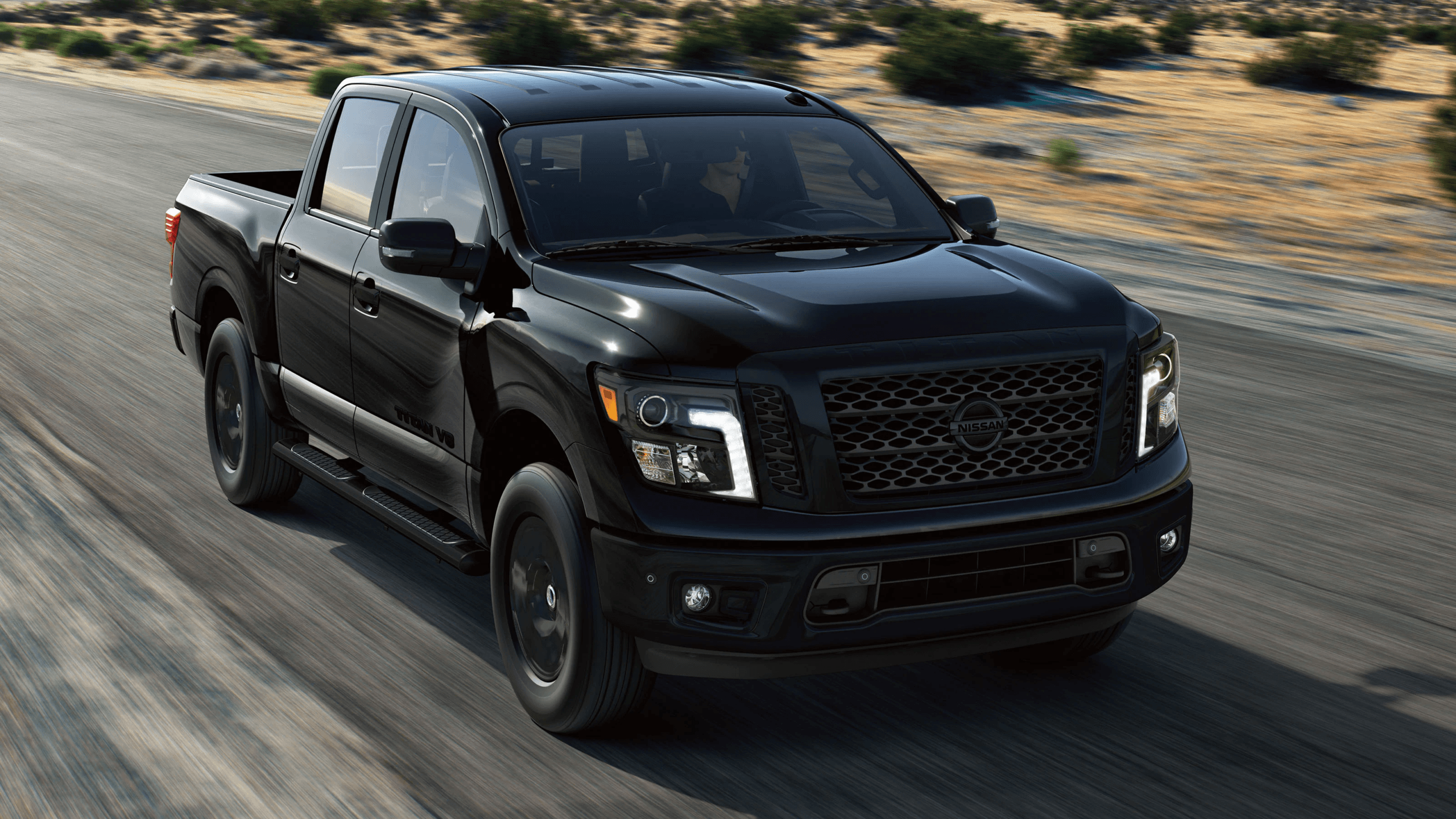 The 2019 Nissan Titan is the latest model in Nissan’s popular Titan truck lineup.

The 2019 Titan model is a full-size pickup truck that is the latest model in the second generation of Nissan Titan trucks. The Titan truck has been an integral part of Nissan’s lineup since its first generation launched in 2003, and the 2019 model is just the latest and greatest addition to the Titan legacy.

One of the best things about the Titan is how customizable and versatile it is. When you buy a Nissan Titan, you are presented with many options that allow you to personalize your Titan to fit your needs and preferences in terms of everything from exterior design to add-on tech options.

In terms of drive performance and high-tech infotainment and safety features, this years' Titan holds its ground against competitors and definitely does not disappoint. If you’re in the market for a new full-size pickup truck, here are 3 reasons why the 2019 Nissan Titan might be your best option.

Although the 2019 Titan does not come with any additional, alternative, or upgraded engine options—which has come as a slight disappointment to some drivers—all 2019 Titan models and trim levels come equipped with a top-quality V8 engine that delivers impressive power, speed, and control seemingly effortlessly.

The standard engine in the 2019 Nissan Titan is a powerful 5.6-L V8 engine that is paired with a seven-speed automatic transmission. This engine and transmission pairing allows the Titan to offer powerful performance and a smooth ride for drivers and passengers alike. The power of the 2019 Titan is complemented by this full-size truck’s high performance in other areas directly related to driving. In addition to high power and a smooth ride, the 2019 Titan offers accurate steering and powerful brakes that allow for precise, effortless control on the road. The high performance of the 2019 Titan makes this truck easier and more fun to drive than many of its competitors within its vehicle class.

The Nissan Titan’s infotainment got a major upgrade in 2019. Upon its initial release, the 2019 Titan immediately impressed drivers with its brand-new infotainment system that keeps up with modern standards for high-tech features and convenience. Its new infotainment system includes effortless smartphone integration, a full voice control menu, top-of-the-line audio and navigation features, and much more.

The 2019 Titan’s new infotainment system comes as a standard feature in every 2019 Titan model and trim level. It includes a built-in 7-inch touchscreen display that is in full color. It also includes a built-in GPS navigation system and is compatible with Apple CarPlay and Android Auto. This compatibility allows drivers to easily connect their Apple or Android smartphone or other mobile device to their Titan’s infotainment system and get instant access to their personal music libraries, podcasts, contacts, etc. etc. The 2019 Titan’s new and improved infotainment system also minimizes driver distraction to ensure a safer, more convenient ride all-around.

Nissan’s 2019 Titan comes with a host of available safety features that help you maintain peace of mind on the road and help you and your passengers get to your destination safely.

The active safety features available in the 2019 Nissan Titan truck include blind spot monitoring, rear cross traffic alert, and much more. Rear door alert is a feature that combines safety and convenience and is brand new in the 2019 Titan. The rear door alert feature automatically reminds drivers to check the backseat before they leave and lock their vehicle. It is designed to prevent children and pets from getting temporarily forgotten in the back seat, which can become very dangerous very quickly.

The 2019 Nissan Versa is currently one of the top-selling subcompact sedans on the market in a time when car buyers are decidedly not in the market for sedans. Many drivers are moving away from purchasing sedans and opting for larger vehicles like SUVs instead. This shift has led many mainstream automakers to decrease the effort they put into releasing new sedans and redesigning the sedans they already have in their lineup in favor of improving their lineup of trucks and SUVs instead.

So how did Nissan manage to go against the flow of current trends and produce a classic subcompact sedan that is actually performing well on the mainstream auto market despite the current widespread lack of interest in standard sedans? The answer lies in Nissan’s ability to effectively combine reliability, impressive fuel economy, interior comfort and convenience, and amazing affordability into one subcompact sedan that modern consumers actually want to buy.

The fuel economy of the 2019 Nissan Versa is very competitive. This subcompact sedan is available with two transmission options, each of which offers different levels of fuel efficiency.

When equipped with a 5-speed manual transmission, the 2019 Versa gets about 27 MPG on city streets and 36 MPG on the highway. If you want to improve your Versa’s fuel efficiency, opt for a model with continuously variable automatic transmission instead. A 2019 Versa with CVT automatic boasts higher fuel efficiency and can reach up to 31 MPG on city streets and 39 MPG on the highway.
Comfort and Convenience
Despite its affordability, the 2019 Versa does not disappoint in terms of interior comfort and convenience. Its cabin is very comfy and spacious. With 90 cubic feet of interior volume, the Versa carves out a lot of room for cargo storage while still leaving plenty of leg and headroom for passengers.

High-tech features play an important role in modern drivers’ satisfaction with their car. The 2019 Nissan Versa is up to current standards in terms of interior tech with its infotainment system complete with a touchscreen display, Bluetooth connectivity, and support for Apple CarPlay and Android Auto.

When it comes to affordability, you just can’t beat the 2019 Nissan Versa. With a price range of $13,255 to $18,000 that spans multiple lower and upper trim levels, the 2019 Versa is without a doubt one of the cheapest subcompact sedans on the modern market.

The Versa definitely isn’t the fanciest, most tricked-out or trendiest car on the market, but its quality is solid and it doesn’t look or feel cheap or flimsy. Quite simply, the Versa is a reliable, practical, high-performing sedan with a design that is straightforward and classy enough to not make its super low price tag obvious.