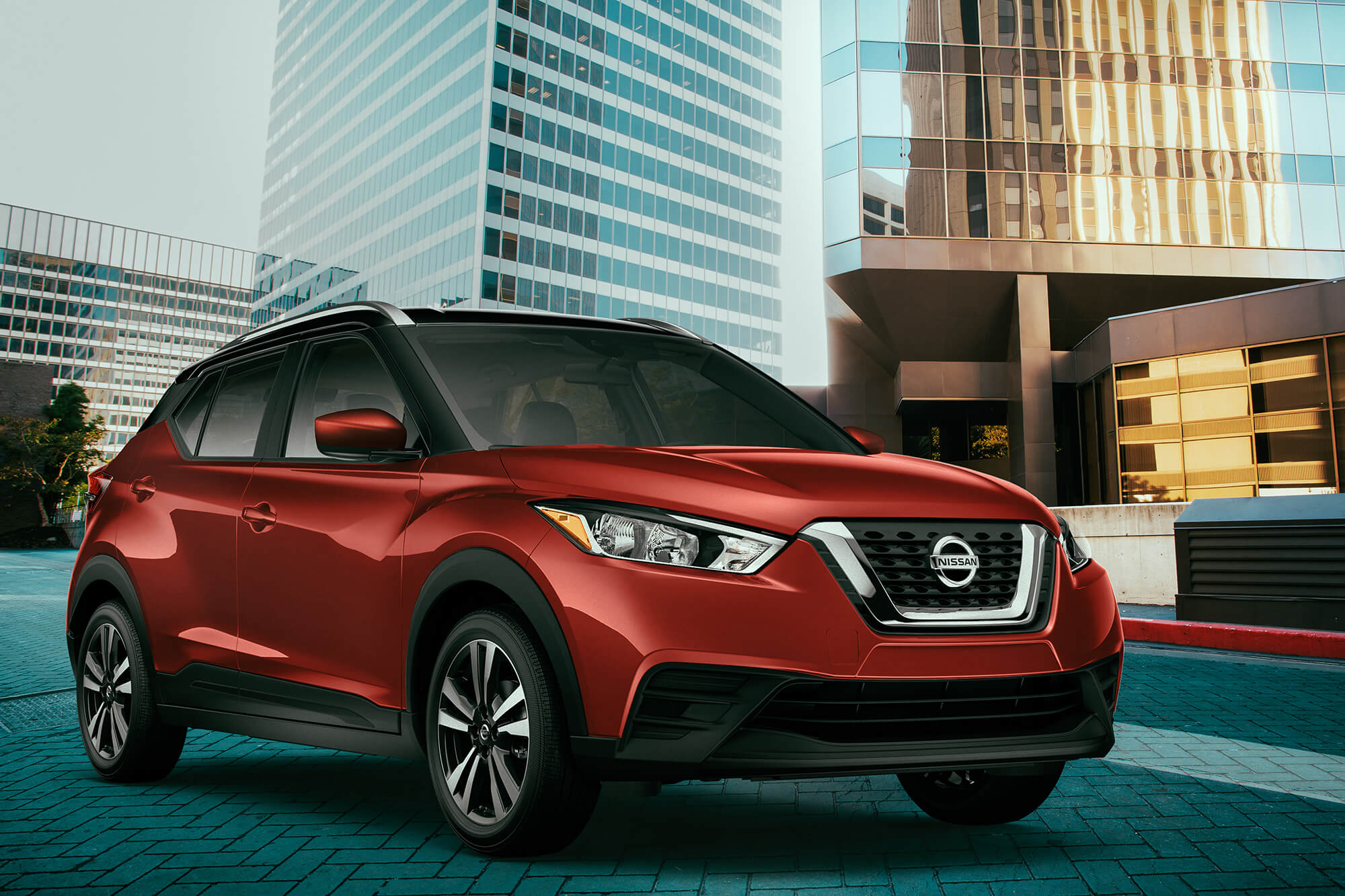 The 2020 Nissan Kicks is a versatile crossover SUV that is ideal for first-time car buyers, commuters, and family-oriented drivers alike. It is a simultaneously practical, reliable, and trendy vehicle that will serve you well for many years.

Keep reading to explore some of the most notable stand-out features of the all-new stylish and dependable 2020 Nissan Kicks model.

Some drivers worry about how the 2020 Nissan Kicks will perform on the road. The all-new Kicks model is equipped with a four-cylinder engine that delivers 125 horsepower. While this engine doesn’t provide extreme power, it offers enough punch to get you where you need to go with satisfying acceleration and response time.

Plus, the steering and brakes of the 2020 Kicks are responsive without being jerky and are easy to maintain smooth control over while on the road. This crossover SUV is both reliable and fun to drive. Its continuously variable transmission, carefully tuned suspension and lightweight body provide a smooth, quiet ride for both drivers and passengers alike that doesn’t absorb any bumps or noise on the road outside.

The 2020 Nissan Kicks has more bold style features than you would expect from an entry-level car. Most entry-level vehicles are pretty plain and stripped-down, but the style of the Nissan Kicks has its own unique character that sets this one-of-a-kind crossover apart from other models within its vehicle class.

Bright orange accents—including orange-contrast stitching—add a flashy, upscale feel and unique style to the 2020 Nissan Kicks. The all-black interior of the 2020 Kicks is bold and stylish, and accents like leather trim add luxury to the style of this entry-level crossover.

Plenty of Room for Everything

The interior of the 2020 Nissan Kicks is surprisingly spacious for its smaller, agile body. The refreshing amount of room it offers elevates the 2020 Kicks model above other bulkier crossovers and SUVs in its vehicle class that are more lacking in terms of interior space.

The 2020 Nissan Kicks has a roomy backseat that offers plenty of leg and head-room for back passengers. It also offers a good amount of cargo space, which is important for family-oriented drivers and road-trippers. The 2020 Kicks is also a great carpooling car for commuters, considering the spacious amount of room it offers for all passengers.

Modern safety features have become a standard expectation in new cars. With each passing model year, the safety suites in brand-new vehicles seem to become even more advanced and incorporate higher-tech features to keep drivers and passengers safe on the road.

Some of the most notable safety and driver-assistance features that come standard for all 2020 Nissan Kicks models—including its base trim level—include automated emergency braking, forward-collision warning, and blind-spot monitoring. All Nissan Kicks models also come with a built-in state-of-the-art backup camera.

In terms of high-tech features, the 2020 Kicks crossover also does not disappoint in the area of infotainment and connectivity. All 2020 Kicks models come standard with a built-in touchscreen infotainment display along with a premium six-speaker audio system and Bluetooth connectivity.

SUVs and crossovers are not generally renowned for their fuel efficiency. These vehicles tend to be bulkier models that don’t always maintain eco-friendly fuel-sipping as their top priority on the road.

The 2020 Nissan Kicks, however, elevates itself above other crossover SUVs in its vehicle class with its impressive fuel efficiency. You don’t have to feel guilty about cruising around in your Nissan Kicks. This crossover gets up to 31 MPG on city streets and up to 37 MPG on the highway for an impressive combined gas mileage of about 35 MPG on the road.

Overall, the 2020 Nissan Kicks is an all-around excellent, practical vehicle that exceeds expectations for entry-level vehicles in virtually all areas. Although it is still a fairly new addition to Nissan’s vehicle lineup, the Kicks crossover is already on its way to becoming a classic in Nissan’s collection.

Here’s What Really Happened to the Nissan Juke 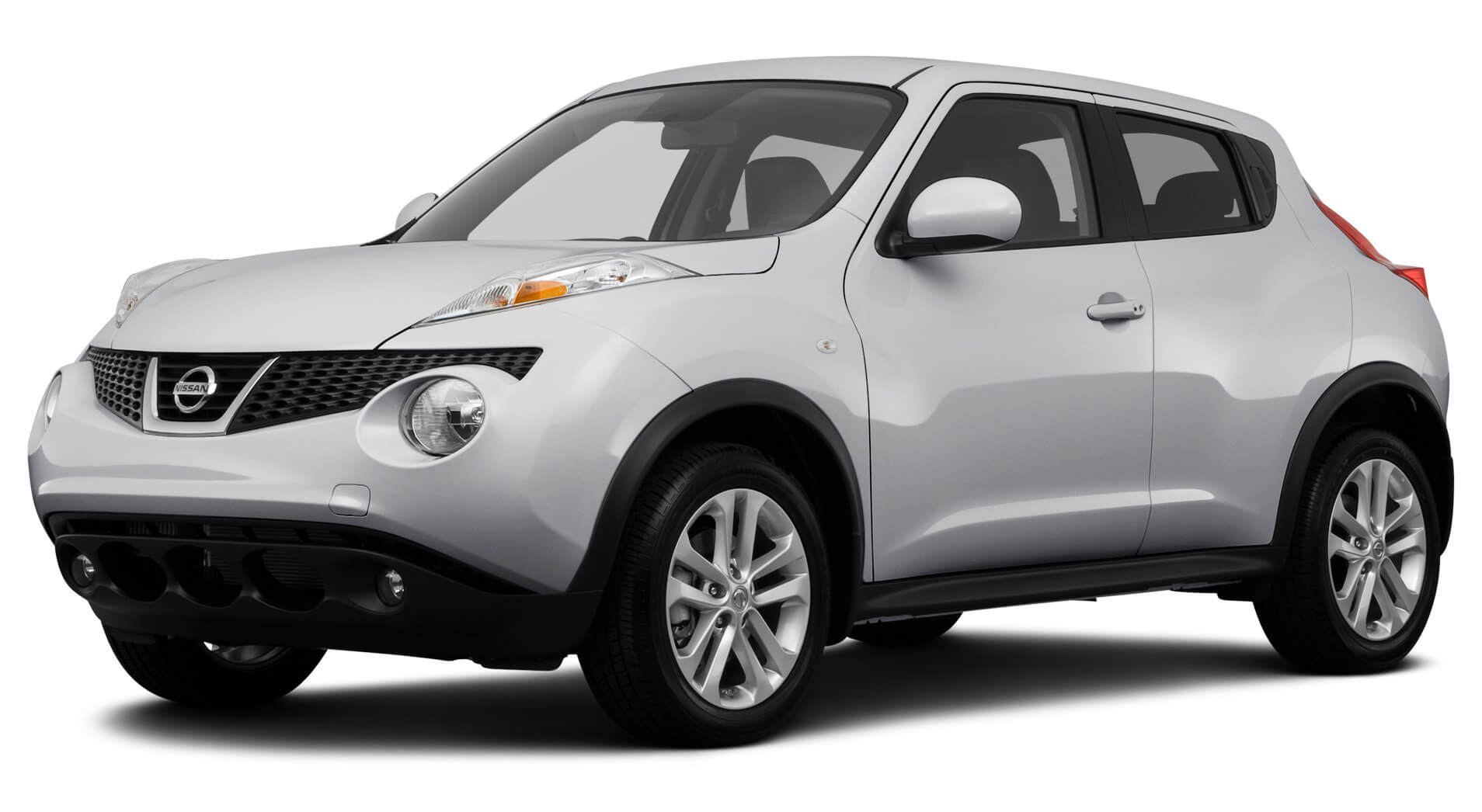 When Nissan Juke was launched in the United States back in 2011, many car enthusiasts took a bit of time to get used to the funky-looking, frog-eyed, unusually proportioned small crossover. Just 7 years later, you can see a Juke on almost any road in the US. But according to an Automotive News report, Nissan has officially dropped the subcompact crossover from its US lineup.

Weak sales due to the “divisive” styling was the supposed reason of its demise, adding the fact that Nissan sold only 10,157 of these babies in 2017—a massive 48% decline from 2016’s sales. The Nissan Juke’s target market was young, cool, single guys who are looking for a sporty car. Apparently, the Juke was too edgy and too cool for the American taste. And Nissan probably got tired of hearing complaints and criticisms over its polarizing looks.

In Europe, however, the Juke enjoyed decent success, with more than 95,000 units sold in 2017. The company’s Sunderland UK plant even celebrated its 1 millionth Juke assembly just a couple of weeks ago.

The New Nissan Kicks was the Nissan Juke replacement, a new subcompact crossover with a less outlandish design. Retailing at $18,965, it is cheaper by $1000 than the Juke.

The Nissan Kicks—Can It Really Kick the Market?

The Nissan Kicks is more conventionally designed as a subcompact crossover, focusing more on features and interior space. It is larger than the Juke, longer by 3.5 inch at the wheelbase, an increase in length by 6.7 inches, and 0.6 inch taller. The Kicks also offers 25 cubic feet more cargo space which is twice larger than the Juke, plus an added headroom and legroom.

The jump in size is well noted, however, the Kicks would have benefited from an upgrade on what it has under the hood. The replacement is almost a disappointment with its aspirated 1.6 L inline-four engine that produces a laughable 125 horsepower and 115 lb/ft of torque. That’s a deficit of 63 horsepower and 62lb/ft torque that’s lacking power because of the lack of turbocharger.

The limitation to automatic transmission on a front-wheel drive further saps the fun. There is no option for a 4WD, or for a 6-speed manual transmission that was previously offered on the Juke.

One thing that might somehow excite the buyers is the two-tone color schemes, that include orange, red, or white with a black roof; blue and a white roof; gray and an orange roof. The interior is more modern than its predecessor, with a dazzling dashboard design that features a 7.0 inch display complete with Android Auto and Apple CarPlay.

Another thing you’ll like about the Nissan Kicks is price and fuel economy. At 33 miles per gallon, that’s 4 mpg lower than the Juke. As earlier mentioned, the Kicks is cheaper by a grand than its predecessor.

So you might ask—with its boring automatic transmission, sleepy 125 hp engine, front-wheel drive only features, who is Nissan going to market the Kicks to? Well, it will probably sell to people looking for a tech-laden interior who don’t intend to race to their destinations.

The upholstery stitching is premium-looking, and its dashboard is similar to the Volkwagen GTI’s. The large 7.0 touchscreen display is also eye-catching, and the Bose sound system plays music like you’re inside the studio itself, pretty impressive for a low-range budget car. The speakers are mounted on the headrest and can be tuned to maximize the sound delivery for the entire cabin. Drivers can access social media via 3 connections—NissanConnect, Apple CarPlay and Android Auto.

With the death of Juke in the United States and the birth of the Nissan Kicks, we hope to see better market reception of the latter. Although the low power figure of the Kicks is disappointing, the technology incorporated into the car’s interior might appeal to millenials who do not care about not driving a roaring sports car.

While low power can be shrugged off if your only interest in buying the car is you get from point A to B, the stiff steering is dismal. You almost cannot feel what’s happening with the front wheels, and you will be sorely disappointed and bored with its run of the mill automatic transmission drive. But you can at least enjoy the drive in comfort with its NASA-inspired seats plus the extra head room and leg room.