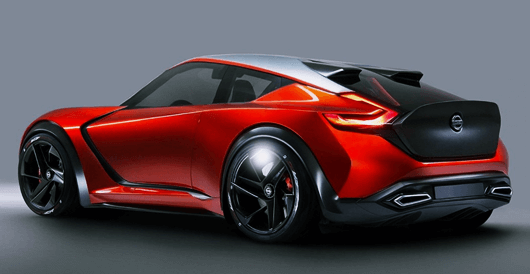 The Nissan Z car series is a sports car lineup that has been a staple on the mainstream auto market for more than 40 years and 6 generations. The first Nissan Z car debuted on the market in 1969 and has been an integral part of Nissan’s lineup ever since. As of late, rumors are swirling about the projected launch of a brand-new Z car that is expected to make its debut on the mainstream auto market before 2022.

Considering the fact that the current Z car model—the Nissan 370Z—has already been on the market for more than a decade without any significant updates or upgrades to sufficiently modernize this model, it’s no surprise that even the slightest rumor about the long-awaited new Z car’s release has already made major waves in the auto industry. Loyal Nissan drivers and critics alike are eagerly awaiting the projected upcoming release of the newest Z car model.

Whether you’re a driver in the market for a new sports car or a sports car enthusiast who is intrigued by the potential of a revival for the iconic Z car series, here are 3 things you need to know about the suspected upcoming release of the all-new Nissan Z car.

One thing that seems to be pretty certain about the projected upcoming release of the all-new Nissan Z car is that it will be released with the intention of reviving the legacy of the iconic Z car series.

This means that the all-new Z car probably won’t actually look or feel “all-new”. Nissan fans are hopeful that Nissan will modernize the new Z car’s drive performance and tech and safety features to allow it to hold its own alongside other sports cars on the market. However, the styling of the updated Z car will likely be retro-focused and share many design features with that of classic models in the Z car series from the late 1960s and early 1970s.

There’s no need to worry about the revival model of the Z car series lacking in performance, though. The all-new Z car is rumored to come equipped with an ultra-powerful engine that delivers up to 480 horsepower on the road. It is speculated that the next Z car will feature an upgraded, turbocharged 3.0-L V6 engine, but nothing is certain as of yet.

As of now, no one is quite sure what exactly the all-new Z car will be titled. However, two names have been suggested as likely options: the 400Z and the 480Z.

Both of these names are logical names that follow the established naming pattern of the Z car series, but going with 400Z or 480Z rather than keeping the name within the 300s escalates the modernized Z car a step above its historical counterparts. 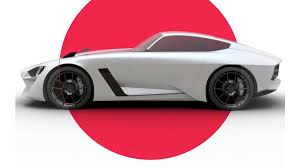 It is exciting to speculate about the projected upcoming release of a brand-new Nissan Z car model on the mainstream auto market. However, it is also important to note that every detail that has been released regarding the all-new Z car is simply speculation.

Until Nissan makes an official announcement about the Z car and its release details—which it hasn’t yet—nothing is guaranteed. However, you probably won’t have to wait all that much longer for this long-awaited official announcement from Nissan. The brand-new Z car model is expected to be released sometime in 2021 for the 2022 model year, which means big news from Nissan about the all-new Z car and its release is likely to come out very soon.